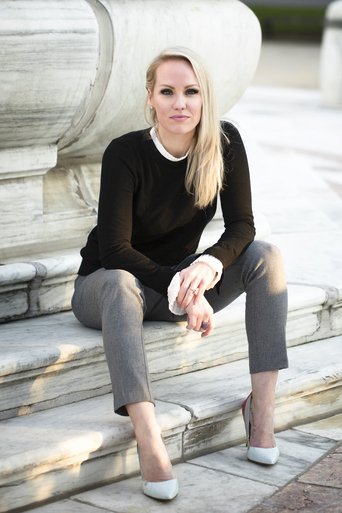 We all want to lead different lives. Something better from the ordinary. Yet, the steps to success mean getting out there and doing what it is we want to do.

Furthermore, nearly 67.7% of the world’s wealthiest individuals are self-made.

Frank Sell Jr is a self-made entrepreneur. He decided from an early age that he wanted to make a name for himself. So, Frank hit the streets and worked his way up to becoming a successful entrepreneur.

Starting from the bottom

Frank’s story started out like most people’s. He was told to get good grades, go to college, or get a trade. He knew college wasn’t a good investment for him, so he learned to trade. It didn’t take long for him to realize that he was sold a dream that didn’t exist anymore.

It was at that moment that Frank bought a $100 VHS tape to learn a new trade. He states that he quit his job and beat the damn streets so hard he swears he’ll get a bill for the potholes.

Frank started a company known as Home of the Hustle. The company is in the coffee business but has expanded to include other branded accessories and apparel based on their logo, “Get Shit Done.” So how did they get into the coffee business?

Well, according to Frank, there’s nothing special about it. He just met up with some great friends and decided that they wanted to do cool shit together, and they did it.

How To Get Shit Done

Getting shit done calls you to act crazy. This, in a sense, means you “become a disrupter.” You don’t have to follow the predictable path of completing your studies and becoming an employer. Yes, education is important, but you can also discover your dream or passion and pursue it.

Most people procrastinate their dreams. They postpone their desire to become entrepreneurs just to live a paycheck-to-paycheck life. But if you want to get shit done, you need to become aware of your untapped potential. You should understand that you are not limited, and you can lead and outdo yourself.

Frank is an ordinary guy. Yet, he managed to build a successful brand in the coffee niche. Yet to him, it’s more than just coffee. He says they found a way to inspire freedom-seeking men and women while providing a world-class product that they affectionately call “The Official Coffee of The American Dream.”

Frank is someone who recognized the cognitive dissonance of his current situation and took action in pursuit of his dream of freedom. He is familiar with the struggle and hustles people go through to set up a business and scale it into a success. Yet, he is not one to give up easily.

Frank encourages people to have hope even when it seems there’s no point. No matter how many times you fail, the rule of the hustle is that you get up and try again. All you need is a good plan, a team, and the belief that you have what it takes to succeed.