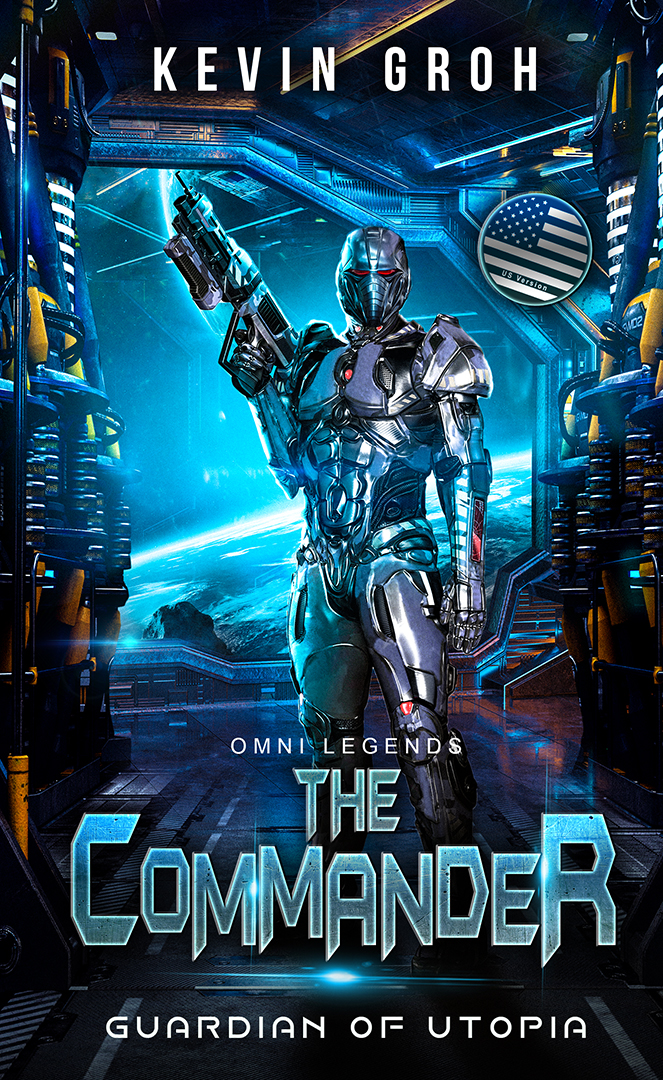 Omni Legends – The Commander: Guardian of Utopia by Kevin Groh is the first part of the Omni Legends. For the big fans of Dystopian fiction, the book starts on a very high note. There is an intricate planetary System which becomes the focal point of the story. The reader is immediately excited to explore this interplanetary Galaxy and all that is hiding underneath. In the beginning, the book captures the reader’s attention with a bizarre hospital scene where people are being subjected to mysterious modifications and operations.

The writer has created a sense of mystery and intrigue from the first line, where four teenagers are quarantined against their will and dreading a bleak future. The central point of the story is Carter, who is immediately set apart with the list of modifications that will make him a future super-soldier. Not only does Carter Come off as someone Who is going to be an integral part of the story, but he is also going through a complete physical renovation, which hints at bigger plans for Carter looming in the future.

As a lover of dystopian fiction Such as Hunger Games, Divergent, The Giver, and many other books in the same genre, I fell in love with the premise of the book. The story of Utopia Beta starts 200 years ago on earth that is nothing if not bountiful. The food is clean, the water is clean, the medicine is advanced, and people are absolutely thriving. And there begins the beginning of the end.

Overpopulation slowly eats away at the resources of the planet, and decaying interpersonal relationships brings in an era where the difference between the rich and poor grows only higher. The world of Utopia Beta is divided into two halves that belong to the elite and those who live in squalor. There is a mysterious military settlement whether the protagonist of the story, Carter, is headed.

As a child, Carter has always dreamed of joining the military and making a name for himself, and now that his dreams were coming to become true, trouble is brewing at paradise. It is an exciting world filled with adventure and danger, which keeps the reader on their toes. While there are earthy elements, there are also odd fixtures like a robot Butler that keeps going on various adventures. The writer has immaculately incorporated the various fixtures of the story to make Utopia Beta a place that pops in front of your eyes. The sense of danger and trouble is foreshadowed from the very beginning, and the reader does not have to wait for a very long time to get to the meat of the action.

Whereas I loved the contrasting worldview and societal division, the book also had its high points in gorgeously written scenery and action sequences. Action is at the centerpiece of the book, and the commander does not disappoint when it comes to creating an intriguing military upheaval that slowly unravels throughout the book. OrderOmni Legends – The Commander: Guardian of Utopia on Amazon now.